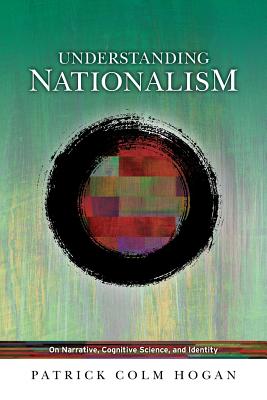 From the rise of Nazism to the conflict in Kashmir in 2008, nationalism has been one of the most potent forces in modern history. Yet the motivational power of nationalism is still not well understood. In Understanding Nationalism: On Narrative, Cognitive Science, and Identity, Patrick Colm Hogan begins with empirical research on the cognitive psychology of group relations to isolate varieties of identification, arguing that other treatments of nationalism confuse distinct types of identity formation. Synthesizing different strands of this research, Hogan articulates a motivational groundwork for nationalist thought and action.Understanding Nationalism goes on to elaborate a cognitive poetics of national imagination, most importantly, narrative structure. Hogan focuses particularly on three complex narrative prototypes that are prominent in human thought and action cross-culturally and trans-historically. He argues that our ideas and feelings about what nations are and what they should be are fundamentally organized and oriented by these prototypes. He develops this hypothesis through detailed analyses of national writings from Whitman to George W. Bush, from Hitler to Gandhi.Hogan’s book alters and expands our comprehension of nationalism generally—its cognitive structures, its emotional operations. It deepens our understanding of the particular, important works he analyzes. Finally, it extends our conception of the cognitive scope and political consequence of narrative.

Patrick Colm Hogan is a professor in the English Department, the Program in Comparative Literature and Cultural Studies, and the Program in Cognitive Science at the University of Connecticut, Storrs.

“In his previous books, Patrick Hogan has proven his vast humanist and social science scholarship and his mastery of mainstream cognitive science, including cognitive studies of language, text, and culture, and instead offers in this volume a highly personal and, I believe, groundbreaking set of reflections on and analyses of this sensitive topic. I think we have a future work of reference here.” —Per Aage Brandt, Emile B De Sauzé Professor of Modern Languages and professor in cognitive sciences, Case Western Reserve University