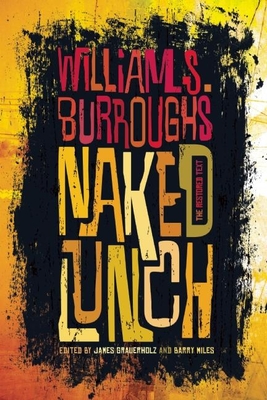 Since its original publication in Paris in 1959, Naked Lunch has become one of the most important novels of the twentieth century.

Exerting its influence on the relationship of art and obscenity, it is one of the books that redefined not just literature but American culture. For the Burroughs enthusiast and the neophyte, this volume--that contains final-draft typescripts, numerous unpublished contemporaneous writings by Burroughs, his own later introductions to the book, and his essay on psychoactive drugs--is a valuable and fresh experience of a novel that has lost none of its relevance or satirical bite.

William S. Burroughs was born in St. Louis in 1914 and lived in Chicago, New York, Texas, Paris, Tangier, London, and Lawrence, Kansas, where he died in August 1997. He was the author of numerous books, including Naked Lunch, The Soft Machine, Nova Express, The Ticket that Exploded, and The Wild Boys, and was inducted as a member of the American Academy of Arts and Letters. James Grauerholz was William Burroughs's longtime manager and editor, and is now his literary executor.