Legion: A Novel from the Author of The Exorcist (Paperback) 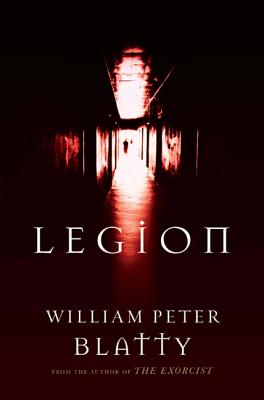 From the author of The Exorcist -- Legion, a classic tale of horror, is back in print!

A young boy is found horribly murdered in a mock crucifixion. Is the murderer the elderly woman who witnessed the crime? A neurologist who can no longer bear the pain life inflicts on its victims? A psychiatrist with a macabre sense of humor and a guilty secret? A mysterious mental patient, locked in silent isolation?

Lieutenant Kinderman follows a bewildering trail that links all these people, confronting a new enigma at every turn even as more murders surface. Why does each victim suffer the same dreadful mutilations? Why are two of the victims priests? Is there a connection between these crimes and another series of murders that took place twelve years ago—and supposedly ended with the death of the killer?

Legion is a novel of breathtaking energy and suspense. But more than this, it is an extraordinary journey into the uncharted depths of the human mind and the most agonizing questions of the human condition.

The answers are revealed in a climax so stunning that it could only have been written by the author of The Exorcist—William Peter Blatty.

William Peter Blatty (1928-2017) is best known for his mega-bestselling novel The Exorcist. Blatty also cowrote the screenplay of the hilarious Inspector Clouseau film, A Shot in the Dark. Known for his early comic novels, the New York Times proclaimed that "nobody can write funnier lines than William Peter Blatty," describing him as "a gifted virtuoso who writes like S. J. Perelman."

“Infinitely more suspenseful than The Exorcist. I devoured Legion in one terrified gulp. It even manages to outspook The Exorcist.” —Los Angeles Times

“Heartbeat-skipping horror. Read Legion only on a sunny day.” —Cosmopolitan

“Mesmerizing and horrifying at the same time.” —USA Today on Legion