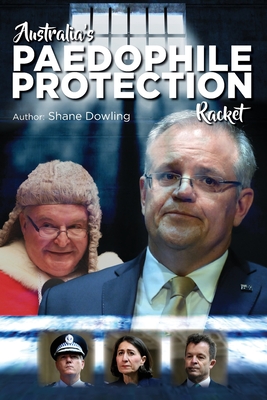 Prime Minister Scott Morrison announced on the 3rd of September 2019 that 28% of paedophiles convicted of federal laws do not go to jail so the government is introducing mandatory sentencing laws. By June 2020 when the new laws were passed by the government it had risen to 39%. The minimum inference that can be drawn is that Australian judges and magistrates are running a paedophile protection racket otherwise they would be doing their jobs and jailing the convicted paedophiles.

Two examples are firstly, Judge John North gave a confessed paedophile who abused two young girls a suspended sentence due to the paedophile suffering high cholesterol, sleeping problems, having had no sex education and then protected his identity with a suppression order in November 2017. And secondly, convicted paedophile Robert Crick who sexually abused his 5-year-old grandson avoided jail in May 2020 after the Court of Appeal in NSW felt sorry for him because of his claimed health issues and they were worried he might catch the Coronavirus in jail.

The book follows journalist Shane Dowling, who specialises in judicial and government corruption, as he cuts too close with his reporting by naming 15 judges, 2 registrars and 1 magistrate as either known paedophiles or suspected paedophiles in an email sent to all the judges of the Supreme Court of NSW and relevant authorities.

The documented evidence shows Chief Justice Tom Bathurst abusing his position and ordering court staff to stitch Shane Dowling up for 2 jail sentences, and are trying for a third, but they still can't stop Shane Dowling exercising his right to political communication and free speech which is the real danger to the likes of Bathurst and Co.

In the same email Shane Dowling also raised the $2.2 million mafia bribe to NSW judges reported by the ABC and Fairfax Media in 2015 which Justice David Davies confirmed was true in a discussion with Shane Dowling in the Supreme Court of NSW on the 30th November 2015. Shane Dowling reported at the time:

"Justice Davies said the bribe took place "30 or 40 years ago" in a clear attempt to downplay it as old news. I responded with words to the effect "it didn't happen that long ago as one of the judges has only recently retired and there are other judges still on the bench". Justice Davies then sat there like a stunned mullet and said nothing."