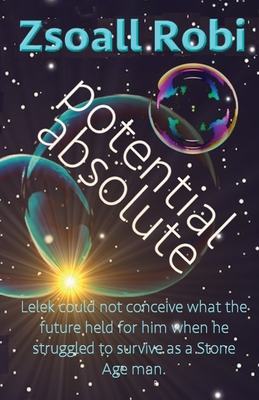 By Zsoall Robi
Please email or call us for pricing on this book.

Alone, Isten could not progress along his evolutionary path. It could remember Earth's naissance five billion years ago, and its own beginnings along that time line. Not so long ago, some seven thousand years BCE, it had cast adrift a tiny portion of itself into the gene pool of the Homonids ... a beacon of memory in a single cell to guide a new life back to itself.
Desiring to review the progress of its seed it spared a thought in its direction. It nursed the hope that one day the seed would evolve to enable it to merge with it. Together, as one, It could explore the eons yet to live and grow beyond its current limitations, and so progress to the next level of its desire on the path to attaining its absolute potential. A minuscule portion of Itself was once called L lek.
L lek could not conceive of what the future held for him, or even if he had a future at all when struggling to survive as a stone age man. Isten had endowed him with the possibility of existence, self-determination and the desire for knowledge. These attributes opened the universe to L lek to explore, to love and to follow his destiny. With an open mind he met his challenges of persecution and attachment always driven by desire for absolute freedom throughout all his lives and manifestations.
He found that no matter where he was, who he was, whatever progress he'd achieved, there was always a price to be paid. Willingly, sometimes unwillingly he paid what the universe demanded. In the end he'd become greater then could ever have imagined when sitting in front of his cave keeping guard over his tribe at night.