Giants Amongst Their Fellows (Paperback) 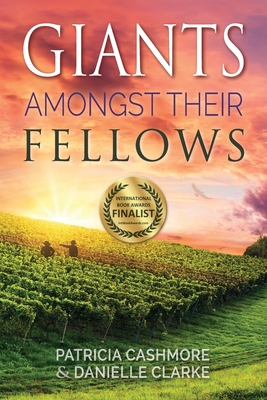 When Victor Kane left the States to start a new life in Australia, he was desperate to rid the memory of his evil and sadistic father. The land down under offered an appealing, prosperous future for the 24-year-old New Yorker.

Working on an island just off the Northern Territory mainland, Victor meets up with newcomer Sebastian Travena, a Frenchman from the Bordeaux region. The two men instinctively become friends and soon realise that they share the same dreams and aspirations...to buy property and start families of their own.

After years of labouring in a filthy manganese mine, Victor and Sebastian accumulate their savings and form a partnership to purchase land in picturesque Margaret River, Western Australia. As the son of a winemaker, Sebastian's knowledge of viticulture is second to none. Along with his American mate, the duo work tirelessly to transform the fertile soil into an award-winning, highly lucrative vineyard.

Together, they have it all; a loyal, trusting friendship, a successful business, and the love and support of their families. But despite their good fortune, Victor and Sebastian's dream comes at a high price. Their lives are fraught with despair and tragedy.

Respect and honesty between them has never been questioned ...until now. A shocking, life-changing secret tears their world, their dreams, and their families apart.

Captivating landscapes and character depictions place you right there in the settings. Vivid drama, love and loss scenarios are both gut-wrenching and inspiring. There's so much emotion at play, I couldn't put this book down
Joanna Basham - Avid reader.

Accompanied by the author's unique use of language, so wonderfully descriptive and thought provoking, 'Giants' captured my imagination entirely...I almost forgot it was fiction This truly extraordinary story, super intelligent by design, is a 'must read' for all.
Dr Katina Koukourou BMBS, FRACGP - Lifestyle Medical Margaret River.