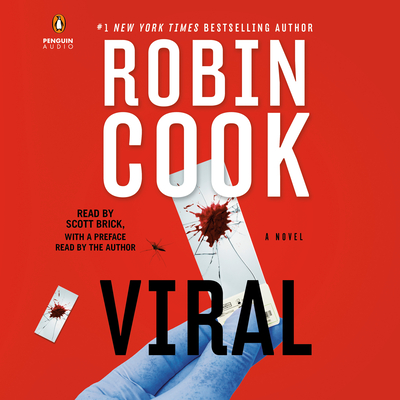 In this electrifying medical thriller from New York Times bestselling author Robin Cook, a family’s exposure to a rare yet deadly virus ensnares them in a growing danger to mankind—and pulls back the curtain on a healthcare system powered by profit and greed.

Trying to find some normalcy during the Covid-19 pandemic, Brian Murphy and his family are on a summer excursion in Cape Cod when his wife, Emma, comes down with concerning flu-like symptoms. But their leisurely return home to New York City quickly becomes a race to the local hospital as she suddenly begins seizing in the car. At the ICU, she is diagnosed with eastern equine encephalitis, a rare and highly lethal mosquito-borne viral disease seemingly caught during one of their evening cookouts. Complicating the situation further, Brian and Emma’s young daughter then begins to exhibit alarming physical and behavioral symptoms, too.

Emma’s harrowing hospital stay becomes even more fraught when Brian receives a staggering hospital bill full of outrageous charges and murky language. To add insult to injury, his health insurance company refuses to cover any of the cost, citing dubious clauses in Brian’s policy. Forced to choose between the ongoing care of family and bills he can never pay, and furious at a shockingly indifferent healthcare system, Brian vows to seek justice. But to get to the bottom of the predatory practices targeting his loved ones and countless others, he must uncover the dark side of an industry that has strayed drastically from its altruistic roots—and bring down the callous executives preying on the sick and defenseless before the virus can claim even more people . . .

Scott Brick has recorded bestsellers and Pulitzer Prize winners in every conceivable category, over 800 titles since his debut in 1999. A Grammy nominee, Scott has won over fifty Earphones Awards, five Audie Awards, and has twice been named Publishers Weekly’s Narrator of the Year. After AudioFile Magazine proclaimed him a Golden Voice, his work was thereafter profiled in The Wall Street Journal, The New York Times, The Los Angeles Times, and Entertainment Weekly. In 2015, Scott began teaching the nation’s first fully-accredited university course devoted solely to audiobook narration at UCLA.

"Well thought-out and the characters are interesting and relatable. It is also fast-paced and easy to read. I enjoyed it and am eager to read another of Cook’s novels.”—Mystery and Suspense

“I love Robin Cook novels and this one is another good one. It incorporates not only COVID but the whole US health care system, which needs a major overhaul to help out every American citizen. The characters and story are well-written and you feel for Brian throughout the story and the plight he goes through.”—Red Carpet Crash