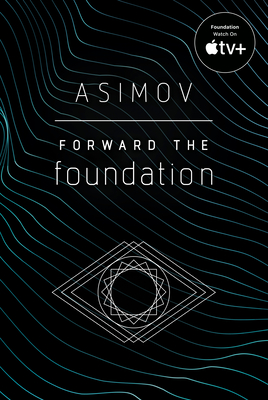 THE EPIC SAGA THAT INSPIRED THE APPLE TV+ SERIES FOUNDATION

As Hari Seldon struggles to perfect his revolutionary theory of psychohistory and ensure a place for humanity among the stars, the great Galactic Empire totters on the brink of apocalyptic collapse. Caught in the maelstrom are Seldon and all he holds dear, pawns in the struggle for dominance. Whoever can control Seldon will control psychohistory—and with it the future of the Galaxy.

Among those seeking to turn psychohistory into the greatest weapon known to man are a populist political demagogue, the weak-willed Emperor Cleon I, and a ruthless militaristic general. In his last act of service to humankind, Hari Seldon must somehow save his life’s work from their grasp as he searches for its true heirs—a search that begins with his own granddaughter and the dream of a new Foundation.

Isaac Asimov began his Foundation Series at the age of twenty-one, not realizing that it would one day be considered a cornerstone of science fiction. During his legendary career, Asimov penned pver 470 books on subjects ranging from science to Shakespeare to history, though he was most loved for his award-winning science fiction sagas, which include the Robot, Empire, and Foundation series. Named a Grand Master of Science Fiction by the Science Fiction Writers of America, Asimov entertained and educated readers of all ages for close to five decasdes. He died, at age of seventy-two, in April 1992.