Nothing to Declare (Paperback) 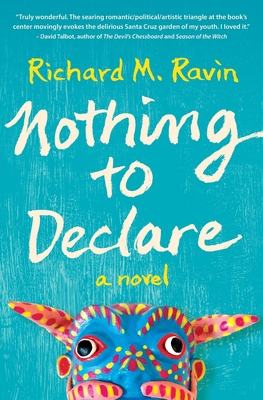 Jesse Kerf's a good guy restaurant owner who's got his life just so. Flash L.A. bistro, spiffy BMW, all-white condo with an ocean view. Then comes a bombshell. He's been named sole heir to Marty Balakian, the wild man and con artist who used to be his best friend. Never mind they haven't had a single word in twenty years.

In the 1970s, Marty was everything Jesse wanted to be-a brilliant and fearless dreamer who let no one stand in his way. Not Jesse, and not Isabel, the dark-souled woman they both loved. Laws were there to be broken, and hearts, too. Jesse couldn't be that hard. Until he had to.

Marty's death forces Jesse to reckon with the past he's been running from for two decades. Between that long-ago love triangle, a trip that leads from Boston to Bali, and the burden of secrets held too long, Jesse's got a lot to handle. Before he can get his life on track, he must figure out not just who he was, but who he wants to be from now on. It's hard to be a good guy all the time.

Driven by a fast-moving plot, rich characters and a canny portrait of a culture in revolt, Richard M. Ravin's Nothing to Declare is a lively and engaging novel packed with romance, humor, betrayal, and discovery.