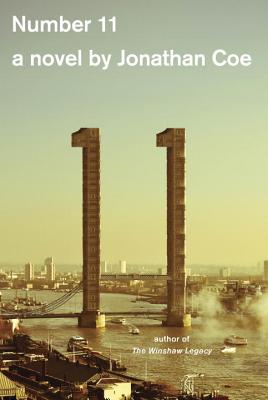 By Jonathan Coe
Email or call for price.
Special Order

The long-awaited sequel to The Winshaw Legacy, the novel that introduced American readers to one of Britain's most exciting new writers--an acerbic, hilariously dark, and unflinching portrait of modern society.

The novel opens in the early aughts: two ten-year-olds, Alison and Rachel, have a frightening encounter with the "Mad Bird Woman" who lives down the road. As the narrative progresses through time, the novel envelops others who are connected to the girls: Alison's mother, a has-been singer, competing on a hit reality TV show; Rachel's university mentor confronting her late husband's disastrously obsessive search for a German film he saw as a child; a young police constable investigating the seemingly accidental and unrelated deaths of two stand-up comedians; the ludicrously wealthy family who hire Rachel as a nanny--under whose immense London mansion Rachel will discover a dark and terrifying secret. Psychological insight, social commentary, vicious satire, and even surrealist horror are combined in this highly accomplished work to hold up a revealing, disquieting mirror to the world we live in today.

JONATHAN COE's awards include the John Llewellyn Rhys Prize, the Prix du Meilleur Livre Éntranger, the Prix Médicis Étranger, and the Bollinger Everyman Wodehouse Prize for Comic Writing. He lives in London with his wife and their two daughters.

“At one point a gothic mystery, at another, a detective story with all the trappings . . . an open-choked literary shotgun, doing the maximum amount of satirical damage to the widest possible swath of targets. . . . black-hearted and darkly funny in the way that only well-executed satire can be. . . . And in that way, maybe it's the perfect book for our time. Even here, especially now.”—Jason Sheehan, NPR

“Rollicking. . . novel, a (sort of) sequel to his comic masterpiece The Winshaw Legacy [and a] thoroughly enjoyable balm to the current political climate.”—Bill Kelly, Booklist

“This powerful and enthralling novel takes the measure of a society feeding on its members as little contemporary fiction has.”—Kirkus Reviews (starred)

“Coe succeeds in bringing together the many threads woven through this darkly comic novel with political and economic undercurrents and one big, hairy spider. A very pleasurable read.”—Barbara Love, Library Journal (starred)

“...We owe a great debt of gratitude to Jonathan Coe, who allows us...to behold old terrors in a startling new way.”—Chris Lehmann, In These Times