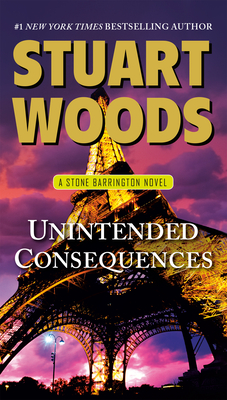 This is book number 26 in the A Stone Barrington Novel series.

Stone Barrington is no stranger to schemes and deceptions of all stripes—as an attorney for the premier white-shoe law firm Woodman & Weld, he’s seen more than his share. But when he travels to Europe under highly unusual circumstances, Stone finds himself at the center of mystery that is most peculiar, even by his standards. Two unexpected invitations may be the first clues in an intricate puzzle that will lead Stone deep into the rarefied world of European ultra-wealth and privilege, where billionaires rub elbows with spies, insider knowledge is traded at a high premium, and murder is never too high a price to pay for a desired end...

“A fun new excursion into the world of Stone Barrington...a great addition to the long list of Woods novels.”—Midwest Book Review