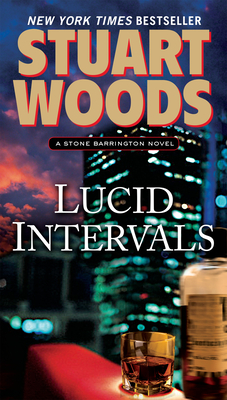 This is book number 18 in the A Stone Barrington Novel series.

Stone Barrington takes on a beautiful new client who’s nothing but trouble in this thrilling entry in the #1 New York Times bestselling series.

Stone Barrington and his former cop partner Dino are enjoying their drinks at Elaine’s when former client and all-around sad sack Herbie Fisher walks in...in need of a lawyer. But while Stone is trying to fend off Herbie, a more welcome potential employer appears: a beautiful woman looking for somebody who somebody else wants dead.

She takes Stone into the posh world of embassy soirees and titled privilege, where high society meets government intrigue. And when trouble follows him from his Manhattan townhouse to his tranquil summer home in Maine, Stone has to decide what to do with the explosive information he’s uncovered.

“Smooth...Woods mixes danger and humor into a racy concoction that will leave readers thirsty for more.”—Publishers Weekly

“In Lucid Intervals, [Woods’] blend of booze, broads and bullets remains a winning formula. In an ever-changing world, it’s nice to have reliables such as Woods and his characters on which to depend.”—Bangor Daily News (Maine)

“Fans of Woods’s long-running series will not be disappointed by this romp, which is peppered with plenty of humor.”—Booklist