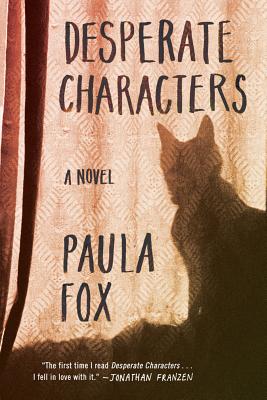 "A towering landmark of postwar Realism…A sustained work of prose so lucid and fine it seems less written than carved." —David Foster Wallace

Otto and Sophie Bentwood live in a changing neighborhood in Brooklyn. Their stainless-steel kitchen is newly installed, and their Mercedes is parked curbside. After Sophie is bitten on the hand while trying to feed a stray, perhaps rabies-infected cat, a series of small and ominous disasters begin to plague the Bentwoods' lives, revealing the fault lines and fractures in a marriage—and a society—wrenching itself apart.

First published in 1970 to wide acclaim, Desperate Characters stands as one of the most dazzling and rigorous examples of the storyteller's craft in postwar American literature — a novel that, according to Irving Howe, ranks with "Billy Budd, The Great Gatsby, Miss Lonelyhearts, and Seize the Day."

Paula Fox (1923—2017) was the author of Desperate Characters, The Widow’s Children, A Servant’s Tale, The God of Nightmares, Poor George, The Western Coast, and Borrowed Finery: A Memoir, among other books.

[Desperate Characters]—tense, quick, prickling with suppressed panic—is very much of its time and has a lot to say to ours, too. If you’ve never read it, or if, like me, it’s been a while since you did, now is an excellent moment to pick it up.

A masterwork of economical prose…Remarkable…[O]ne can only wonder who is more fatally deluded—the desperate characters of the Bentwoods' era or the hyperconfident ones of our own.
— Andrew O'Hehir - Salon

The first time I read Desperate Characters…I fell in love with it.

Fox dissects a marriage and a social class with the sharpest of knives, cannily undermining not only one couple’s false pieties and deceptive comforts but our own as well.
— Marisa Silver

A perfect short novel…As in Tolstoy's The Death of Ivan Ilyich, everything crucial within our souls bared.

This perfect novel about pain is as clear, and as wholly believable, and as healing, as a fever dream.
— Frederick Busch

Desperate Characters is a hard, bitter, extreme little book that is somehow full of humanity. It has a brilliant narrative device: a cat bite that may or may not be rabid serves as a kind of tow line pulling us through the novel. I’ve seldom read a book with so much nastiness that manages never to disdain its characters. Extraordinary.