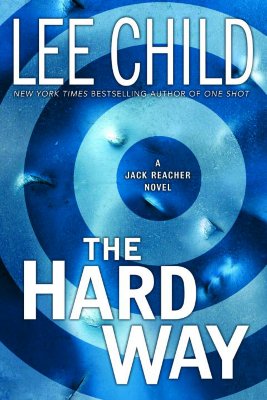 In Lee Child’s astonishing new thriller, ex–military cop Reacher sees more than most people would...and because of that, he’s thrust into an explosive situation that’s about to blow up in his face. For the only way to find the truth—and save two innocent lives—is to do it the way Jack Reacher does it best: the hard way….

Jack Reacher was alone, the way he liked it, soaking up the hot, electric New York City night, watching a man cross the street to a parked Mercedes and drive it away. The car contained one million dollars in ransom money. And Edward Lane, the man who paid it, will pay even more to get his family back. Lane runs a highly illegal soldiers-for-hire operation. He will use any amount of money and any tool to find his beautiful wife and child. And then he’ll turn Jack Reacher loose with a vengeance—because Reacher is the best man hunter in the world.

On the trail of a vicious kidnapper, Reacher is learning the chilling secrets of his employer’s past…and of a horrific drama in the heart of a nasty little war. He’s beginning to realize that Edward Lane is hiding something. Something dirty. Something big. But Reacher also knows this: he’s already in way too deep to stop now.

Lee Child is the author of ten Jack Reacher thrillers, including the "New York Times "bestsellers Persuader, The Enemy, and One Shot, which has been optioned for a major motion picture by Paramount Pictures. His debut, "Killing Floor," won both the Anthony and the Barry Awards for Best First Mystery. Foreign rights in the Jack Reacher series have sold in thirty-nine territories. Child, a native of England and former television writer, lives in New York City, where he is at work on his eleventh Jack Reacher thriller.

"A Reacher novel is the closest thing to guaranteed joy short of a honeymoon."—Rocky Mountain News

"Reacher, a former Army military police major, is a character like no other. Intuitive, independent, indomitable - he walks softly and carries a very big stick."—The Biloxi Sun Herald

"In The Hard Way, Reacher is better than ever."—Contra Costa Times

"Fans...will find themselves hanging onto their armchairs for dear life. The Hard Way is a breathless, well-paced thriller."—Denver Post

“Nine red-hot books ago, Lee Child concocted the rough, tough Superman of the crime-busting genre, as smart and charismatic as he is unbeatable. And then Mr. Child broke the mold. Early next week (why delay good news?), Reacher returns in this series' 10th installment, The Hard Way. It's one more labyrinthine story that takes off like a shot: as usual, Mr. Child has you at hello.”—Janet Maslin, The New York Times

"Plunges Reacher into one of his most challenging-and thoroughly engrossing-adventures to date."—Publishers Weekly, starred review

"Like all the best thrillers, this one is about more than pace--the narrative propels you forward with a locomotive’s thrust, but Child never loses sight of the small detail or the human fabric."—Booklist, starred review

"[Child] shows again his mastery of the thriller.... Jack Reacher may know the time to the minute without a watch and bring justice to bear wherever he goes, but this time he doest it the hard way, sweating the details and working the clues.... Tension builds through the plot twists to another riveting finish."—Library Journal, starred review