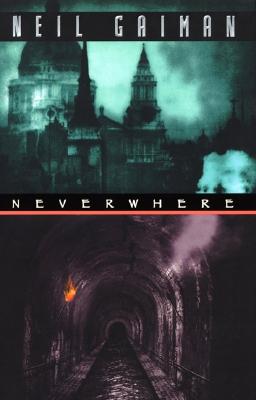 By Neil Gaiman
Please email or call us for pricing on this book.

“Neil Gaiman is undoubtedly one of the modern masters of fantasy writing....For those who have not read Neverwhere, the new edition is the one to read, and is a fitting introduction to Gaiman’s adult fiction....American readers can experience this spellbinding, magical world the way that Neil Gaiman wanted us to all along.”  —Huffington Post

The #1 New York Times bestselling author’s ultimate edition of his wildly successful first novel featuring his “preferred text”—and including his special Neverwhere tale, “How the Marquis Got His Coat Back”.

Published in 1997, Neil Gaiman’s darkly hypnotic first novel, Neverwhere, heralded the arrival of a major talent and became a touchstone of urban fantasy.

It is the story of Richard Mayhew, a young London businessman with a good heart and an ordinary life, which is changed forever when he discovers a girl bleeding on the sidewalk. He stops to help her—an act of kindness that plunges him into a world he never dreamed existed. Slipping through the cracks of reality, Richard lands in Neverwhere—a London of shadows and darkness, monsters and saints, murderers and angels that exists entirely in a subterranean labyrinth. Neverwhere is home to Door, the mysterious girl Richard helped in the London Above. Here in Neverwhere, Door is a powerful noblewoman who has vowed to find the evil agent of her family’s slaughter and thwart the destruction of this strange underworld kingdom. If Richard is ever to return to his former life and home, he must join Lady Door’s quest to save her world—and may well die trying.

Neil Gaiman is a #1 New York Times bestselling author of books for children and adults whose award-winning titles include Norse Mythology, American Gods, The Graveyard Book, Good Omens (with Terry Pratchett), Coraline, and The Sandman graphic novels. Neil Gaiman is a Goodwill Ambassador for UNHCR and Professor in the Arts at Bard College.

“For those who have not read Neverwhere, the new edition is the one to read ... readers can experience this spellbinding, magical world the way that Neil Gaiman wanted us to all along.” — Huffington Post

“For those who have never been to Neverwhere, it’s time to go. For those who may have traveled once before, this new edition is calling out to you. There is more to see, hear and learn.” — Suspense Magazine