Killer on the Road (Paperback) 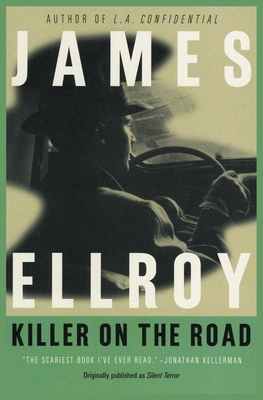 Martin Michael Plunkett is a product of his times -- the possessor of a genius intellect, a pitiless soul of brushed steel, and a heart of blackest evil. With criminal tendencies forged in the fires of L.A.'s Charles Manson hysteria, he comes to the bay city of San Francisco -- and submits to savage and terrible impulses that reveal to him his true vocation as a pure and perfect murderer. And so begins his decade of discovery and terror, as he cuts a bloody swath across the full length of a land, ingeniously exploiting and feeding upon a society's obsessions. As he maneuvers deftly through a seamy world of drugs, flesh, and perversions, the media will call him many things -- but Martin Plunkett's real name is Death. His brilliant, twisted mind is a horriying place to explore. His madness reflects a nation's own. The killer is on the road. And there's nowhere in America to hide.

James Ellroy was born in Los Angeles in 1948. His L.A. quartet -- The Black Dahlia, The Big Nowhere, L.A. Confidential and White Jazz -- were international bestsellers. American Tabloid was Time's Novel of the Year in 1995; his memoir My Dark Places was Time's Best Book and a New York Times Notable book for 1996. His novel The Cold Six Thousand was a New York Times Notable Book and Los Angeles Times Best Book for 2001. He lives on the coast of California.