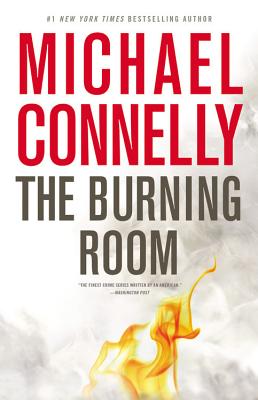 In this #1 New York Times bestseller, Detective Harry Bosch and his rookie partner investigate a cold case that gets very hot . . . very fast.

In the LAPD's Open-Unsolved Unit, not many murder victims die a decade after the crime. So when a man succumbs to complications from being shot by a stray bullet ten years earlier, Bosch catches a case in which the body is still fresh, but any other clues are virtually nonexistent. Even a veteran cop would find this one tough going, but Bosch's new partner, Detective Lucia Soto, has no homicide experience. A young star in the department, Soto has been assigned to Bosch so that he can pass on to her his hard-won expertise.

Now Bosch and Soto are tasked with solving a murder that turns out to be highly charged and politically sensitive. Beginning with the bullet that has been lodged for years in the victim's spine, they must pull new leads from years-old evidence, and these soon reveal that the shooting was anything but random.

As their investigation picks up speed, it leads to another unsolved case with even greater stakes: the deaths of several children in a fire that occurred twenty years ago. But when their work starts to threaten careers and lives, Bosch and Soto must decide whether it is worth risking everything to find the truth, or if it's safer to let some secrets stay buried.

In a swiftly-moving novel as relentless and compelling as its hero, Michael Connelly shows once again why Harry Bosch is "one of the most popular and enduring figures in American crime fiction" (Chicago Tribune).

"You know Harry already. You know what to expect from the storyteller Michael Connelly. Both of them deliver superbly."—Don Oldenburg, USA Today (3.5 out of 4 stars)

"As always, Connelly pulls off a fast-paced, well-drawn police procedural. . . . Consistently entertaining . . . The Burning Room will more than satisfy his fans. . . . Bosch may be up for retirement soon, but I doubt anyone would complain if he did his thing for another 20 years."—Steph Cha, Los Angeles Times

"Connelly has the magic touch. . . . Connelly is one of the best crime writers in the business, and he continues to tell compelling character-driven tales."—Jeff Ayers, Associated Press

"A doozy of a tale . . . As long as Harry always remains patrolling on the margins of this series, its greatness is secure."—Maureen Corrigan, Washington Post

"Superb . . . Bosch shows himself once again to be the master and if he follows through on the retirement, his absence would leave an irreplaceable gap in crime fiction."—Jack Batten, Toronto Star

"Michael Connelly has yet another winner. . . . Let's hope [Bosch] sticks around for one more book."—Harry Levins, St. Louis Post-Dispatch

"Excellent . . . The Burning Room excels as a look at how power, prestige and the media can override the best intentions."—Oline Cogdill, South Florida Sun-Sentinel