In the Jaws of the Crocodile: A Soviet Memoir (Hardcover) 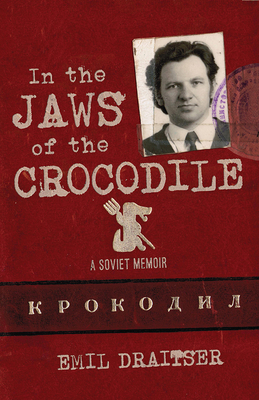 By Emil Draitser
Please email or call us for pricing on this book.

Emil Draitser dreamed of becoming a writer. Born to a working-class Jewish family in the USSR on the eve of World War II, he came of age during the Brezhnev era, often considered the nadir of Soviet culture. Bored with an engineering job, he found refuge in writing, attracting the attention of a Moscow editor who encouraged him to try his hand at satire. He spent the next decade contributing to Crocodile, the major Party-sponsored magazine known for its sharp-tongued essays and caustic cartoons. After he got in trouble for criticizing an important Soviet official, he began weighing the heavy decision of whether to emigrate.

In this captivating memoir, Draitser explores what it means to be a satirist in a country lacking freedom of expression. His experience provides a window into the lives of a generation of artists who were allowed to poke fun and make readers laugh, as long as they toed a narrow, state-approved line. In the Jaws of the Crocodile also includes several of Draitser’s wry pieces translated into English for the first time.

Emil Draitser is a professor emeritus of Russian at Hunter College. He is the author of several books, including Farewell, Mama Odessa; Stalin’s Romeo Spy: The Remarkable Rise and Fall of the KGB’s Most Daring Operative; and Shush! Growing Up Jewish under Stalin: A Memoir.

“Draitser’s memoir is a compelling read—informative, passionately written, funny, and framed within the context of Soviet history. It is a great resource for anyone interested in Soviet Jewish culture and identity in the post-Stalin era, the perils of emigration, and the paradox of being a humorist in an authoritarian state where satire was tolerated but always suspected of crossing a line into dissent.”—Jarrod Tanny, author of City of Rogues and Schnorrers: Russia’s Jews and the Myth of Old Odessa

“A true jewel. This book is hard to put down. It is funny, insightful, full of excellent dialogue and detail. It provides a window into everyday life of the author working within the Soviet publishing industry and offers insights on how the Soviet censorship system worked in practice.”—Anna Shternshis, author of When Sonia Met Boris: An Oral History of Jewish Life under Stalin

“A revealing and moving window into the life of Soviet Jews more generally post-WWII through 1974. . . . An unsurpassed look at the texture of Soviet life at that time.”—AJL News and Reviews