Future War and the Defence of Europe (Hardcover) 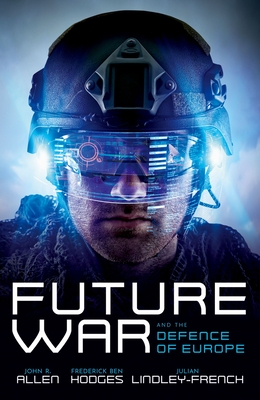 By John R. Allen, Frederick Ben Hodges, Julian Lindley-French
Please email or call us for pricing on this book.

Future War and the Defence of Europe offers a major new analysis of how peace and security can be maintained in Europe: a continent that has suffered two cataclysmic conflicts since 1914. Taking as its starting point the COVID-19 pandemic and way it will inevitably accelerate some key global dynamics already in play, the book goes on to weave history, strategy, policy, and technology into a compelling analytical narrative. It lays out in forensic detail the scale of the challenge Europeans and their allies face if Europe's peace is to be upheld in a transformative century. The book upends foundational assumptions about how Europe's defence is organised, the role of a fast-changing transatlantic relationship, NATO, the EU, and their constituent nation-states. At the heart of the book is a radical vision of a technology-enabling future European defence, built around a new kind of Atlantic Alliance, an innovative strategic public-private partnership, and the future hyper-electronic
European force, E-Force, it must spawn. Europeans should be under no illusion: unless they do far more for their own defence, and very differently, all that they now take for granted could be lost in the maze of hybrid war, cyber war, and hyper war they must face.

John R. Allen is President of the Brookings Institution. He was previously Commander of the NATO International Security Assistance Force and U.S. Forces in Afghanistan from 2011 to 2013, and is the recipient of numerous U.S. and foreign awards. Frederick Ben Hodges holds the Pershing Chair in Strategic Studies at the Center for European Policy Analysis. He was previously Commander of the United States Army Europe from 2014 to 2017. Julian Lindley-French is a Senior Fellow at the Institute of Statecraft. He is also founder and chair of The Alphen Group, a high-level strategic 'do-tank'. His publications and high-level reports combine policy experience and academic expertise, and include A Chronology of European Security and Defence (OUP, 2008) and The Oxford Handbook of War (edited with Y Boyer, OUP, 2014).