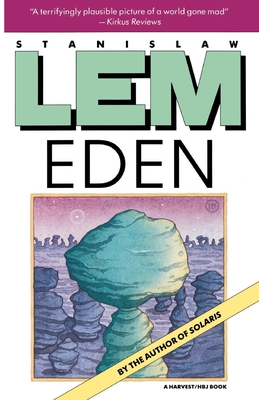 A six-man crew crash-lands on Eden, fourth planet from another sun. The men find a strange world that grows ever stranger, and everywhere there are images of death. The crew's attempt to communicate with this civilization leads to violence and to a cruel truth-cruel precisely because it is so human. Translated by Marc E. Heine. A Helen and Kurt Wolff Book

Stanislaw Lem (1921-2006) was the most widely translated and best known science fiction author writing outside of the English language. Winner of the Kafka Prize, he was a contributor to many magazines, including the New Yorker, and the author of numerous works, including Solaris.