The Poison Garden: A Novel (Paperback) 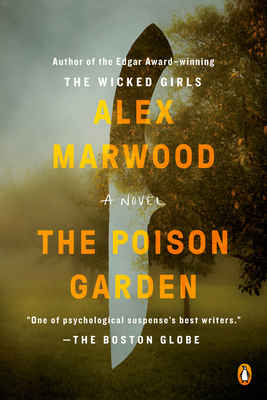 When nearly one hundred members of The Ark, a sinister apocalypse cult are found dead by poison at their isolated community in North Wales, those left alive are scattered to the winds with few coping skills and fewer answers. For twenty-three-year-old Romy, who has never known life outside the compound, learning how to live in a world she has been taught to fear is terrifying.

Now Romy must start a new life for herself--and the child growing inside her. She is determined to find the rest of her family and keep her baby safe, no matter the cost. But as the horrors of her past start to resurface, she realizes that leaving her old life behind won't be easy. Outside the walls of The Ark, the real evil has only just begun.

A brilliantly plotted, page-turning novel from "one of psychological suspense's best writers" (The Boston Globe), The Poison Garden will leave you stunned.

Alex Marwood is the pseudonym of a journalist who has worked extensively across the British press. Her first novel, The Wicked Girls, won the Edgar Award for Best Paperback Original, and was nominated for the Macavity Award for Best Mystery Novel and the Anthony and ITW Awards for Best Paperback Original. The Killer Next Door, her second novel, won a Macavity Award for Best Mystery Novel, was nominated for the Anthony and Barry, and has been optioned for film by James Franco and Ahna O’Reilly. Her third novel, The Darkest Secret, was published in 2016. Marwood lives in south London.

Praise for The Poison Garden:

"An extraordinary novel of psychological suspense that is more wicked than Marwood’s Edgar-winning Wicked Girls and darker than her Macavity-winning The Killer Next Door." -Booklist,*starred review*

“Intelligently assimilated research, a slow build with a growing sense of unease and a chillingly believable plotline add up to the best sort of dark psychological thriller.”—The Guardian

"I devoured The Poison Garden . . . Gripping and utterly convincing, it's Alex Marwood at the top of her (already impressive) game"—Jojo Moyes, #1 New York Times bestelling author of Me Before You

"God, Alex Marwood is good. Like all her books, The Poison Garden is absolutely, beautifully realized, full of wry, defiant humor and pitch-black, hand-over-your-mouth suspense. I’d read her grocery lists."—Flynn Berry, author of Under the Harrrow

“Highly imaginative, yet consistently believable, this wonderful dystopian novel is both terrifying and unsettling as if a harbinger for our times. A well written and thrilling read.”  -Lisa Ballantyne, internationally bestelling author of The Guilty One

"A gripping, unexpected novel with graphic elements that are not for the faint of heart.”—Kirkus

"Cults have long captured the popular imagination. We’re repelled yet fascinated, disturbed yet wildly curious. Alex Marwood’s fourth thriller, The Poison Garden, will slake readers’ thirst for stories about what goes on in such communities and what happens when everything falls apart." -BookPage

Praise for The Wicked Girls:

"The suspense keeps the pages flying, but what sets this one apart is the palpable sense of onrushing doom." -Stephen King

Praise for The Killer Next Door:

"If you read Alex Marwood's The Wicked Girls, her new one--The Killer Next Door--is even better. Scary as hell. Great characters." -Stephen King

"With her sophomore outing, Marwood has turned out not just a spooky, blood-and-guts thriller, but a cannily observant novel that explores social fissures while delivering a modicum of hope." -The Boston Globe

More praise for The Darkest Secret:

"[Marwood] demonstrates, without a doubt, that she is one of crime fiction's brightest stars."-Megan Abbott