The Days to Come: A Novel (Hardcover) 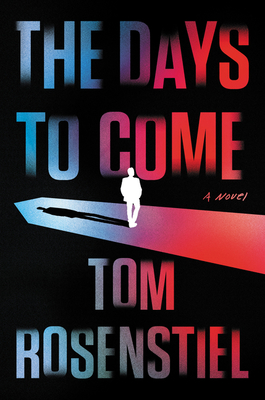 A masterful political thriller from the author of Shining City thrusts veteran Washington fixers Peter Rena and Randi Brooks into a dark world of cyberattacks, a new era of foreign espionage, and a risky, classified plan to save the world from environmental disaster

Billionaire entrepreneur David Traynor has big dreams for fixing a broken government in his first term as president of the United States. In the months before his inauguration, he’s developed daring and, in some cases, secret strategies to solve the climate crisis, force Congress to work again, and rebuild America’s economy—and that’s just the beginning. Everyone in the capital is scrambling to adapt to the new disruptor in chief’s bold agenda, though many, both at home and abroad, also want to see Traynor and his steely vice president, Wendy Upton, fail. Unsure of whom he can trust, Traynor intends to turn to an unusual group of people to advise him, including the savvy and sometimes ruthless DC fixers Peter Rena and Randi Brooks.

Though he is at the height of his career, Rena finds his world in chaos. His personal life is a mess; he wonders if his work—saving powerful people from their mistakes—has become too cynical. When malicious, untraceable cyberattacks related to his past start seeping from the dark corners of the internet, Rena’s doubts overwhelm him. Then an unpredictable tragedy throws the country into crisis, and he must come out of his stupor.

If Rena wants to help the new president salvage American politics, he will first have to reckon with his own demons and come to grips with a world far different from the one he once believed in. With the government and the country polarized and on the cusp of enormous change, Tom Rosenstiel’s The Days to Come is a clever, gripping thriller and a cogent meditation on how to heal a divided country.

Tom Rosenstiel is the author of eleven books, four of which are novels. His nonfiction is focused on politics and media, and he is recognized as one of the leading thinkers in the country in the future of media. His book The Elements of Journalism, now in its fourth edition, has been translated into more than 25 languages. Tom is the Eleanor Merrill Visiting Professor on the future of Journalism at the University of Maryland’s Philip Merrill College of Journalism and a senior fellow at the Brookings Institution. He formerly was the executive director of the American Press Institute and the founder and director of the media research unit at Pew Research Center, which he directed for 16 years. He was the press critic of the Los Angeles Times for a decade and is a non-resident senior fellow at the Brookings Institution in Washington. He lives in Chevy Chase Maryland with his wife, Rima.

"Genuinely thought-provoking and lives up to its ambition."
— New York Times Book Review

"Rosenstiel, a veteran journalist and former member of the Brookings Institution in Washington, DC, is a terrific storyteller. Readers get the sense that he knows whereof he writes, that the details about politics and human behavior in his books come not merely from imagination but also from long experience. A perfect novel for fans of political intrigue."
— Booklist

"Political thriller buffs will appreciate the beltway dealmaking, while spycraft lovers will enjoy the detailed look at the many ways that technology secrets get stolen."
— Publishers Weekly

"Oppo is a relentlessly entertaining and masterfully constructed Washington thriller. Rosenstiel nails the intense work of a campaign in crystalline detail. This is a riveting story of D.C. intrigue made for our time."
— Jessica Yellin, author of Savage News and creator of #NewsNotNoise

“Tom Rosenstiel’s OPPO is a terrifying and fascinating deep-dive into the world of political opposition research and dark money. He writes about the subject with great insight and authority, while at the same time telling a tight, compelling story filled with sharply-drawn characters. A first-rate page-turner that’s both gripping and illuminating.”
— Lou Berney, author of November Road

“Oppo is that rarest of books, a Washington thriller that’s genuinely thrilling and gets Washington right.  It’s a suspenseful masterclass in the modern American political campaign—and best of all, offers an ending with some hope about our system.”
— Joseph Finder, New York Times bestselling author of House on Fire