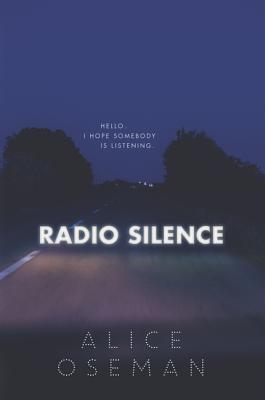 The second novel by the phenomenally talented Alice Oseman, the author of the million-copy bestselling Heartstopper books—now a major Netflix series.

What if everything you set yourself up to be was wrong?

Frances has always been a study machine with one goal: elite university. Nothing will stand in her way. Not friends, not a guilty secret—not even the person she is on the inside.

But when Frances meets Aled, the shy genius behind her favorite podcast, she discovers a new freedom. He unlocks the door to Real Frances and for the first time she experiences true friendship, unafraid to be herself. Then the podcast goes viral and the fragile trust between them is broken.

Caught between who she was and who she longs to be, Frances’s dreams come crashing down. Suffocating with guilt, she knows that she has to confront her past…

She has to confess why Carys disappeared…

Meanwhile at university, Aled is alone, fighting even darker secrets.

Frances is going to need every bit of courage she has.

A coming-of-age read that tackles issues of identity, the pressure to succeed, diversity, and freedom to choose, Radio Silence is a tour de force by the most exciting writer of her generation.

Alice Oseman was born in 1994 in Kent, England. She completed a degree in English at Durham University in 2016 and is currently a full-time writer and illustrator. Alice can usually be found staring aimlessly at computer screens, questioning the meaninglessness of existence, or doing anything and everything to avoid getting an office job. Find out more about Alice and her books at www.aliceoseman.com.

“Oseman vividly illustrates that the world and its technologies offer opportunities for connection and fulfillment that go far beyond traditional definitions of success.” — Publishers Weekly (starred review)

“An intense, highly engaging, well–plotted story of relationships, explorations into gay and bisexual identities, family trauma, a straight-jacket education system, and, mostly, kids yearning to be their truest selves despite it all.” — Booklist (starred review)

“Oseman is a master at combining sardonic wit with angst to create believable characters and a compelling contemporary story that will resonate with teens. VERDICT: A top pick for any YA collection.” — School Library Journal

Praise for SOLITAIRE: “A fascinating debut from an author to watch.” — ALA Booklist

“Tori’s voice makes this story into a poignant yet blackly funny and even lively emotional journey. A deeply absorbing read.” — Bulletin of the Center for Children’s Books

“Honest and authentic… with appeal to fans of John Green.” — Bookseller (London)

“In [Oseman’s] punky, depressive, epigrammatic, mordant heroine Tori Spring we have a Holden Caulfield for the internet age.” — The Times (London)

“Intrigue, suspense, and a fairly spectacular climax will appeal to teens asking the big questions.” — ALA Booklist