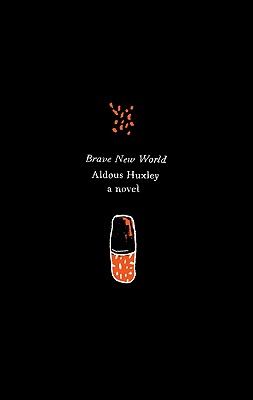 By Aldous Huxley
$10.00
Email or call for price

Aldous Huxley is rightly considered a prophetic genius and one of the most important literary and philosophical voices of the 20th Century, and Brave New World is his masterpiece. From the author of The Doors of Perception, Island, and countless other works of fiction, non-fiction, philosophy, and poetry, comes this powerful work of speculative fiction that has enthralled and terrified readers for generations. Brave New World remains absolutely relevant to this day as both a cautionary dystopian tale in the vein of the George Orwell classic 1984, and as thought-provoking, thoroughly satisfying entertainment.

Aldous Huxley (1894–1963) is the author of the classic novels Brave New World, Island, Eyeless in Gaza, and The Genius and the Goddess, as well as such critically acclaimed nonfiction works as The Perennial Philosophy and The Doors of Perception. Born in Surrey, England, and educated at Oxford, he died in Los Angeles, California.

“[A] masterpiece. ... One of the most prophetic dystopian works of the 20th century.”
— Wall Street Journal

“As sparkling, as provocative, as brilliant...as the day it was published.”
— Martin Green

“One of the 20th century’s greatest writers.”
— Washington Post

“Chilling. . . . That he gave us the dark side of genetic engineering in 1932 is amazing.”
— Providence Journal-Bulletin

“A genius . . . a writer who spent his life decrying the onward march of the Machine.”
— The New Yorker

“Huxley uses his erudite knowledge of human relations to compare our actual world with his prophetic fantasy of 1931. It is a frightening experience, indeed, to discover how much of his satirical prediction of a distant future became reality in so short a time.”
— New York Times Book Review